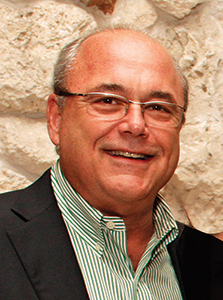 Ronnie Pertnoy has more than 4 decades of proven leadership experience in the high-end residential and commercial construction sectors. His strategic approach to construction and development is reflected in his work as a founding Principal Partner of Shapiro Pertnoy Companies. An accomplished corporate strategist, his vision in concert with fellow founding Partner and cousin Steven Shapiro has fueled Shapiro Pertnoy’s momentous growth over the last three decades.

With a rare blend of creative and operational strengths, Ronnie oversees all facets of construction and development. Ronnie began his professional career in retail, working for a family owned and operated men’s clothing store. After working for his father and uncle for several years, Ronnie developed an interest in construction. Fortunate to have access to the large pool of builders and developers headquartered in Dade County, Florida, Ronnie began knocking on doors asking how he could learn the business of construction. He interviewed with several companies and eventually met with Cal Kovens of Kovens Enterprises in Miami. Cal told Ronnie to show up the following Monday. Under the personal tutelage of Kovens, Ronnie gained valuable experience in the construction of luxury high rises, hotels and Publix shopping centers throughout South Florida. Having worked with Kovens for several years Ronnie states, “I am proud to have been Cal Kovens’ protégé.”

Since he and Steven formed Shapiro Pertnoy Companies, Ronnie has developed, owned, constructed, leased or managed millions of square feet. His projects have ranged in size from 2 acres to one thousand acres, from Florida to North Carolina. Ronnie begins each project with the mindset “let’s get it right the first time and let’s do it better than our peers.”

He embarks on each project with a “team” approach, strongly believing each team member must share the same common goal and passion in order to succeed. Ronnie continued, “Whether building a luxury home or undertaking a commercial project, we are dedicated to good design and superior quality. We really try to design things outside of the box and ahead of the times.” Shapiro Pertnoy Companies’ projects have been featured in Architectural Digest, Florida Design and Arts & Antiques, as well as other business media.

Ronnie’s passion carries over into his commitment to the community. He ardently supports the Crohn’s and Colitis Foundation of America as well as the Jewish community from Miami to Palm Beach County, including Temple Emanuel and Jewish Family and Children’s Services. Ronnie also provides financial support to various charitable foundations including United Way, American Heart Association and Place of Hope.

Ronnie is excited about the future and direction in which Shapiro Pertnoy Companies is headed. “Josh and Kevin have become operational directors providing fresh ideas, energy and vision. “I work with great people, have great relationships and am proud to be working with my children, partner and nephew. It’s perfect!”